"The Garbage POD is more of a community than a Podcast. It will hopefully bring a fusion of many interests to your Podcast receiver"
​

​The Garbage POD was an idea that had been floating around since the late noughties. I wanted to create a magazine style podcast, that would be a mixing pot of flavours, that would hopefully suit everybody's taste.

The idea was to give the podcast a name that was punchy. It was always going to be called "The something POD" But why The Garbage POD? well, those of you familiar with the BBC sitcom 'Red Dwarf' will get the reference.
I was watching an early episode of Red Dwarf (Waiting For God, from Series 1, to be precise) & the name garbage pod cropped up in the plot of the episode. I thought to myself "Eureka! people will be forever asking, What on Earth is The Garbage POD" (believe me, we certainly do get that reaction)  & so The Garbage POD was born.

After a little bit of encouragement, we went live, in the Winter of 2011 & have never looked back since.

Over time The Garbage POD has evolved into "The People's Podcast" There are so many interesting people, that really deserve recognition, so we try to bring their stories to you.

​Broadcaster and TV presenter, Gareth Jones was a guest on Episode 21 of The original podcast and said this of us:
​
​"Podcasters work in isolation and The Garbage POD is the nearest thing we will Probably get to a union"

Whilst you are here, have a listen to the other podcasts in The Garbage POD family:

Blast off into the Podisphere with TGP Nominal, The Garbage POD's Science Fact and Science Fiction based Podcast. What can you expect from TGP Nominal? Everything you wanted to know, from the world of Space, Science, Technology and Sci-Fi.

Fancy a pint? Then join us for TGP Tap Room, our podcast aimed at the Beer and cider industry.

Feel free to explore The Garbage POD by browsing through the menu above and if you want to say "Hi", or if you have any other feedback for the show, for example, themes that you think would make an interesting show, you can contact us by clicking on one of the icons at the top right hand corner of the page, which include Email, Twitter and Facebook. Not only that, you can subscribe to our RSS feed too.
​ 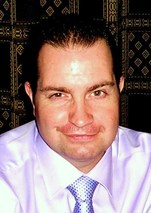 I host The Garbage POD from the Garden City of Letchworth. Deep within the Home Counties of rural England.

Born and bred in Aylesbury, Buckinghamshire, I had two passions as a kid, Radio & anything space related.

At college, a few friends & I used to write and record comedy radio plays & skits for the amusement of fellow classmates,as part of the communication course that I was studying for. The course led me to join the local commercial radio station (Mix 96), as a Broadcasting Assistant. This was an exciting time, as I was part of the team on the lead up to launch day.

I moved to leafy Letchworth in 2006 and On researching what podcasting was all about, I stumbled upon, purely by accident, one of the pioneers of the U.K. podcasting scene, Richard Vobes, who was being praised to the sky by Danny Baker in one of Danny's Podcasts. Richard is now a friend and an inspiration to have a go myself.

It's been a long time coming, but I hope you enjoy your time in the Garbage POD.

The Garbage POD is proud to collaborate with the following organisations:

What People are Saying About Us 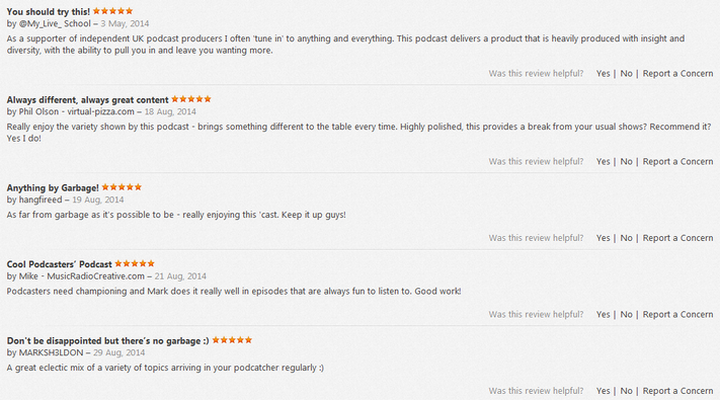