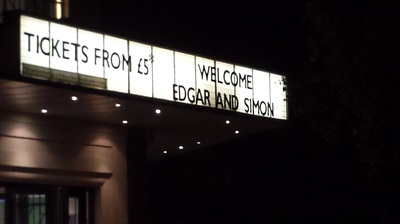 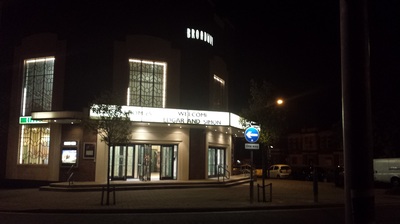 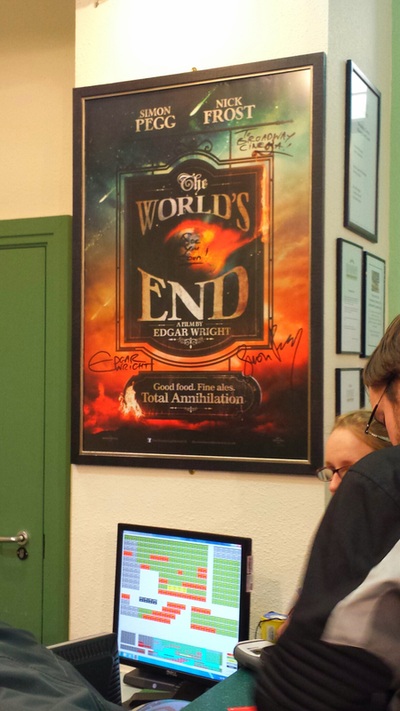 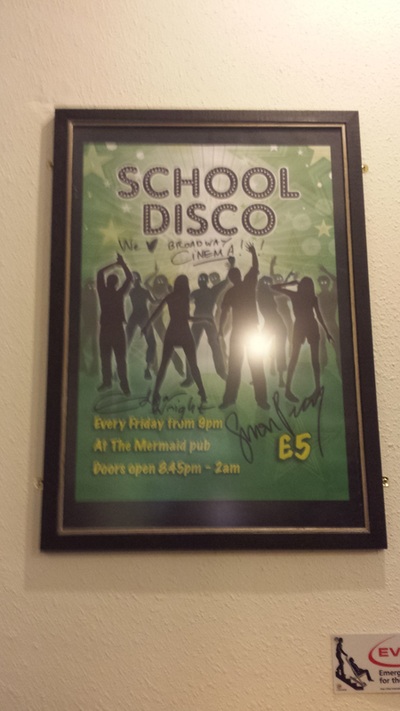 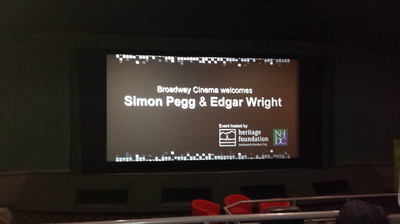 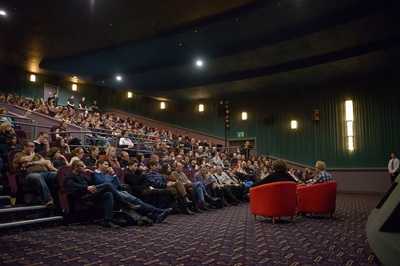 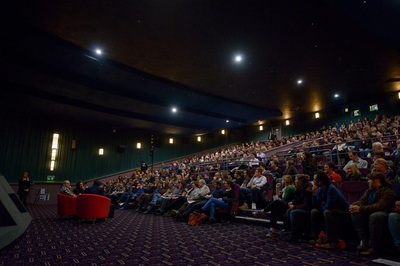 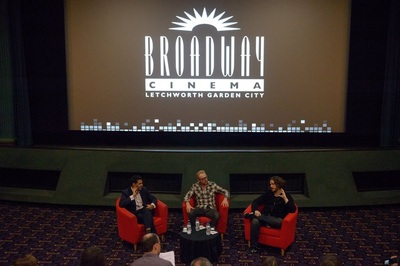 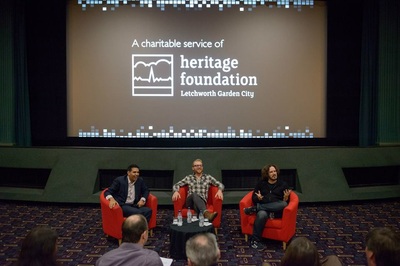 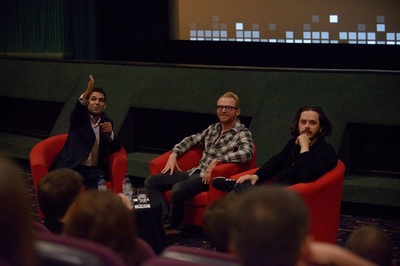 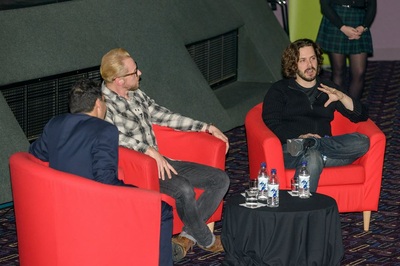 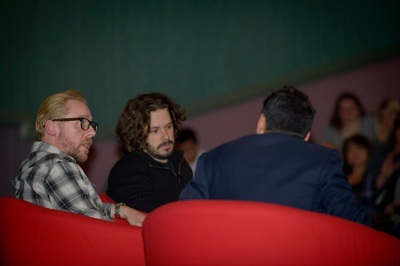 Comedy geniuses Simon Pegg and Edgar Wright returned to our very own Broadway Cinema, ‘The Mermaid’ for a special charity screening of The World’s End followed by a live Q&A with the pair.

After the film, Pegg and Wright emerged into the packed out Screen One, greeted by applause and excitement from the largely local crowd.

The World’s End was shown at Broadway Cinema over 147 times and over 12,500 people came to see it at our unique Art Deco style cinema.

Of course, everyone wanted to know why Simon and Edgar chose Letchworth to film The World’s End. They visited both Letchworth and Welwyn as they wanted it to be set in a Garden City and they felt the architecture of Letchworth made it interesting and completely different to your usual town. The only irony was that there wasn’t enough pubs so they had to make some!

Famously known as part of the Cornetto Trilogy, Simon and Edgar were asked what their favourite flavour cornetto was. Along with the majority of the room after a vote, it was decided that mint was top!

Thanks to everyone that came down to @Broadway_Cinema Letchworth for the final #TheWorldsEnd Q&A. We wish we could have stayed longer.xx